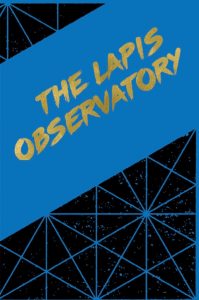 This is a six level fifty-ish room tower. It used to be an elven observatory and then was turned into an elven hotel/pleasuredome for the jaded. (Soulless/Eid elves, not the generic elves of modern RPG.) It conjures a vision of opulence and decadence that Carcosa wanted and was hinted at in Slumbering Ursine. It does this through some pretty stark design choices. It’s absolutely a must buy for those folks interested in design and a pretty good choice for those willing to put in a little work. For this is product is some weird marriage of a location and a toolkit for it.

The tower has five upper levels and one basement level, with access up a stark basalt cliff. The tower used to be an elven observatory was then turned in an elven pleasuredome/hotel. Thus we can check off rules one and two of good adventure locale design. First, the dungeon and/or entrance is notable. There’s a passage of some sort that marks your journey in to SOME.PLACE.ELSE. This is commonly referred to as the entrance to the Mythic Underworld, and while that’s a bit pretentious for my tastes, it is the case that some of the best dungeons do this. It signals that the rules are all wrong and every perversion is justified. You’re crossing thr threshold from the normal world to some place where the normal rules don’t apply. Sometimes it’s a journey across a lake, a well, a long staircase down, or even just a tower in the distance that lightning illuminates as a body falls from it. In this case it’s the tower sitting high up on black basalt spire, and the climb just to get there.

Secondly it leverages the transient nature of dungeons. It was something and now it’s something else. How to Host a Dungeon is built upon this as are some of the best adventure locales. This is a mixing of themes and types that allows for a more varied environment. In a megadungeon is might be strongly themes levels. In this tower it’s the leftover remnants of an elven observatory and then the pleasuredome hotel is became … and then the ruination that further occurred after Something bad happened inside.

It is, at this point, that we need to diverge a bit and address the adventures core conceits: this thing is trying out two ideas in a big way. First, the room descriptions are just bolded nouns with a few adjectives. Second, it’s awaiting population but the DM. Third, it is system neutral. I know, I said two, but the third is interesting also. It does all three of these in a way that I’ve seen discussed online but never seen in a print product. Each, individually, is interesting and in combination you get something … DIfferent. (hence the must buy recommendation for people interested in design.)

The orange crystal is brittle and shatters loudly if broken”

My copy/paste doesn’t really do the formatting justice. What you have is an excellent room name that is descriptive and cements something in to the DM’s head: sliding doors. Then a short burst of bolded text that your eyes pick up, noting the notable notables in the area: the doors have engraved panels, there’s rubble, and orange crystal. Then your eyes move to the move details adjectives: the rubble is statue fragments. There’s a star motif, the crystal is on the bottom of the doors. Finally, there’s one line of DM notes, explaining a mechanic: you can break the crystal loudly and easily. Longtime readers will remember I’m a big fan of evocative descriptions and leveraging the DM’s imagination to fill in the details. I think this does that. Your mind naturally fills in the details and a pictures is built up in your head, which you can then communicate to the players. I’m not necessarily advocating this style of traditional prose, but it’s interesting and i think it does the job it needs to do … which is rare. We get room after room of this style. Some have more things, some have less. They all tend toward set-piece environments with strong exploration elements. Things to do. Stuff to poke. Note that they are not set pieces, but more the environments that set pieces tend to have. A more fully worked out location with lots of things to screw with that one COULD use in a fight. IE: the big boiling cauldron in the middle of the lair that is begging to be kicked over., or have someone stuffed in to. An interactive environment.

Conceit the second is that the DM gets to populate the dungeon. There’s a 3d6 tables of creatures and a 3d6 table of what they doing and a number f blank lines on the map to write in what you roll up. “A lizardman shaman” and “making a delivery” might be two things you roll for room 2, the entryway. You get this build up of the dungeon that. Again, I would suggest your imagination tries to make sense of and add context to. This is then supplemented by a 3d6 table of “the overall vibe of the dungeon” that roll once on. For example, if you rolled entry 8 then d4+1 extraplanar party goers have arrived thinking the hotel is still open. How now does your brain do with the shamen? He’s clearly delivering something for/to the partiers. Maybe he’s confused, or jaded or a submissive servant. Who knows, but you’ve now got something to work with.

The Seclusium of Orphone was too generic with too much trivia in it. The tables here help drive the action in the rooms. But you have to put the work in. You will need to prep. You’ll need to decide what the population frequency of the rooms are, and roll to populate, and maybe jot down a note or two. But, critically, the adventure provides you the tools to do it. This is the kind of prep I can get into and am happy to do. It’s supportive of the DM and creativity, rather than punitive or the result of poor design. This extends to the magical treasure (which is wonderfully unique & interesting, which in BryceLands earns you a “Meets Expectations” award.) which the DM is encouraged to sprinkle throughout the rooms. And then to the mundane treasure, which is abstracted.The designer correctly notes that how much and what depends on level and the amount of gold in this place could unhinge an economy. While all true, it’s left entirely up to the DM to decide how much and where and what. This earns some grumbles from me, but I also can’t dispute the statement … the thing is system & level agnostic and you need to target the goodies at the level and system. The end result of all of this is something like that unique element to Ravenloft where you decided where the goodies were ahead of time and then rolled with whatever story ended up coming out through actual play.

This ALL hits the buttons I think are the right ones in designs for exploration: A location map, modified by events. Rolls on tables to determine creatures and room elements. An emergent environment/story for the dungeon that comes from these rolls. And then the characters encounter this emergent environment and a story develops on how they engage with the site.

Focus. This adventure knows what it’s trying to do and focuses on it the way few others do.

I’m quite enamored the the monsters also … all new. They have things they want. They have things they do NOT want. They have little seeds and interesting bits scattered throughout that support ACTUAL PLAY. Orange blob people will be obsessed with the body of a dead elf, as they try to imitate it horrified by dwarves because they are so ugly. The descriptions are full of these things which recognize that they are there to be interacted with by the party, and the descriptions support that.

This is a magnificent example of focused design. It’s also a magnificent example of system neutral design, eschewing ALL stats. If I had one suggestion it would be for a reference table for the blob people. There’s direction that they get random personalities (from an included table) and they all have names, so a short worksheet, pre-filled or blank, would have been nice to see. If I had a second suggestion it would be for a little more interactivity in the rooms, beyond the encounter tables. The encounter in the room creates interactivity, in a set-piece kind of way, but the entire site could use a little more in the way of things in rooms to play with and explore. It doesn’t need to be stuffed to the brim, but upping the quantity a bit would really put this one over the top.

Evidently there’s some kickstarter campaign coming soon and this is an example of the style; it’s one of the fifteen dungeons to be detailed in the location? I’ve seen a lot of shit released in support of kickstarters, examples of what you will get. They generally are lame BEYOND BELIEF. Not this. This is one of the very few examples of something doing what it’s intended to do: get people excited about what’s coming. No doubt I’ll forget to follow it and will miss the kickstarter, but I am genuinely excited to see more, and that’s quite rare.

4 Responses to The Lapis Observatory