The Bridge of Zheng He 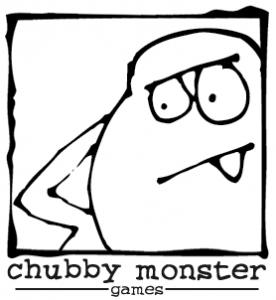 A small group of goblins have taken command of a choke point along an old dwarven pass deep inside a mountain. The players will need to battle, or negotiate, their way while dealing with the goblins.

A short and conversational six-ish room cave system. It describes one feature: a decaying bridge across a ravine on an old underground dwarven highway system. The area now has goblins that ask for a toll to cross.

there’s not much too this, it’s really just one largish encounter area with the five or six related rooms/encounters. It has a very conversational style that adds to the text and provides only a little more color. The living quarters room takes up a little more than a page and amounts to almost nothing. “Around the fire are numerous bedrolls, likely festered with fleas.” Lots and lots of sentences like that. The designers is trying to add color, but is doing so in quite the verbose way. Further, the rooms are not very focused. There’s lots of scattered descriptions, almost haphazard, rather than descriptions which augment the action. or may too many descriptions? In any event, focusing on a couple of key details that augment and support the play would have been better than trying to do lots and lots of little things that distract from the attention.

Smoke bomb Potions. One goblin dips his ax blade into a quick acting poison (never mentioned again as loot.) Generic +1 ring of protection. There are not highpoints. There are, however, couple of interesting items what looks like one of throw away “f you search the garbage heap” rooms. An ornate halfling helmet. A clay vial with a potion. a small leather pouch that duplicates what’s inside of it. all of those are much better than the “silver ring of fire resistance, +3” that appears later.

There’s this vibe I get that this is not a S&W adventure. It feels like a hack adventure. It features a decent amount of silver and little gold. (S&W White Box is gold=xp, correct?) The entire thing feels weird, more like the vibe I would expect from a Pathfinder or 4e adventure or even a 5e adventure. Encounter areas, limited treasure, goofy monsters attacks (ax poison, smoke bombs) and so on. Most goblins are boring and these book goblins are no exception, with their entry at the end being unimaginative.

The bridge proper feels like a set piece and/or a “fight your way to the other side of the lair” encounter. I guess that’s one way to play Swords & Wizardry.

3 Responses to The Bridge of Zheng He