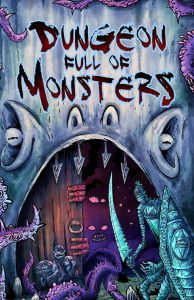 12 Responses to Dungeon Full of Monsters