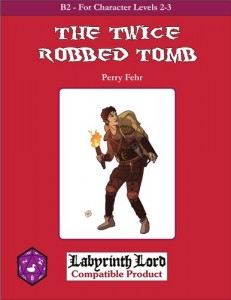 The domination of Pheniket the Pharaonic ended nearly two centuries ago, but stories of his ruthless ambition still haunt the region. An intruder from a sandy land to the south, with strange gods and customs, Pheniket tried to establish a colony of one in the land, and nearly succeeded. Those that followed his power did so zealously, and seemed even to love the enigmatic tyrant. His strength came from arcane pacts forbidden in his homeland, that enabled him to cause his enemies to disappear, and gave him vast knowledge. Legends wax and wane, and 150 years later, intrepid treasure hunters came to the settlement nearest Pheniket’s palace and announced that they had uncovered the Pharaonic’s tomb. They looted it, with some opposition (some animated dead, a few poorly constructed golems) and came back with an armload of magic weapons, armor, and Pheniket’s grave goods. Minor prosperity hit the area for a time, not appreciated by all. Those that knew the now-deceased tomb-robbers well also know that there was part of the tomb that could not be accessed by the original discoverers, who were happy to leave with what they had, as a feeling of dark foreboding saturated that forgotten place, a malevolent presence guarding the true prize in Pheniket’s resting place.

A decent little adventure suitable for a single nights gaming. It is right on the verge of being truly good … which means it’s better than the vast majority of product being published.

This is a short, and decent, little adventure through a tomb that has already been looted. You pick up a key, map, and rumors in town and then off to a dungeon that is nearly completely looted. Except …. Admiral Akbar Meme! You are actually being lured to the dungeon. This is not a trope that I’m particularly fond of. It generally shows up as the boss testing you to see if you’re worthy or some other such nonsense. This time it’s a bit different: you’re being lured because you’re food … food that carries loot! For the tomb is now home to a succubus and her ghoul followers. This, as a background, is actually something I could get behind. It’s not exactly handled extensively at all in the adventure, and a few more words about it would have been appreciated.Signs of other parties, countryside disappearances, etc. This is a people-trap and I wish it would have FELT more like a people trap. I’m not talking about a literal cage, but rather the machinations of the succubus. At third level this may be on the first of this type encountered and it feels like it should be more than the throw-away encounter it is. It feels like a collection of stats from a book, just another monster, instead of a Creature of Evil.

The tomb complex isn’t bad. There ARE a couple of clues about, fresh bones and the like. There are weird things, like a still beating heart in a can optic jar. There are even WEIRDER things, like a portal to another (weird) dimension. The final room shows some chops, with weird pillars coursing with evil energy, a large pool of unholy water, and hot chick with ghouls sobbing at her feet … [Aside: “I kill it” Nothing good ever comes from someone who looks innocent who’s hanging out in a dungeon. You want to talk to monsters? Look for someone who looks evil. You find someone who looks good? Kill them. It’s a risk mitigation thing.] The ghouls react in an interesting way, getting drawn to fresh blood/carrion, and that comes in effect several times in the adventure. A smart part might take advantage of it.

This short adventure is a weird thing. It’s got a decent, and logical setup. Things will make sense, hints are relevant, and so on. It’s even got a decent number of little things of interest in it. Overall I’m going to take exception with maybe three things. First is the Succubus and “get another monster” syndrome. The second s the descriptions of the monsters. There are not any, or at least any that are strong. We get “12 ghouls” instead of a good description of a ghoul. This sort of meta really drags players out of a vibe. Providing guidelines on describing your monsters should be standard fair. Similarly, the magic items are boring. +1 shield. + 1 sword,, displacer cloak. There’s nothing interesting about those things. A skin of a displacer beast, with glassy blacker-than-black eyes? That’s interesting. It is the role of the designer to provide these sorts of things to the DM. The designers job is to help provide the ‘punch’ to the adventure. Yes, the local DM must bring it to life, but the designer must INSPIRE the local DM to bring it to life. Otherwise, what value do you offer that a random generator can’t?

5 Responses to B2 – The Twice-Robbed Tomb